Upgrading the performance of district heating networks in Europe

The overall objective of the Upgrade DH project was to improve the performance of district heating (DH) networks in Europe by supporting selected demonstration cases for upgrading, which could be replicated in Europe.

More specifically, the objectives of the Upgrade DH project were:

The Upgrade DH project supported the upgrading and retrofitting process of district heating systems in different climate regions of Europe, covering various countries. In each of the target countries, the upgrading process was initiated at concrete DH systems (demo cases). It is assumed, that gained knowledge and experiences can be further replicated to other European countries and DH systems (replication cases) in order to leverage the impact.

Map of demonstration sites can be seen in Figure 1. Places mentioned in the list above are marked with red dots. 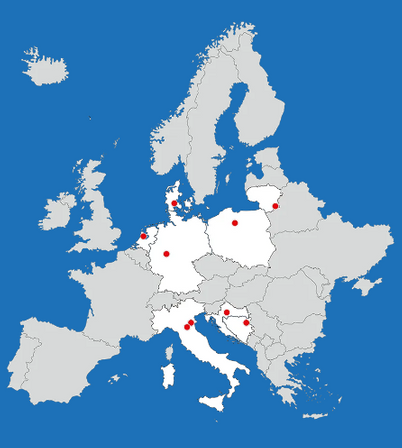 The overall impact of Upgrade DH is significant. The proposed measures for upgrading lead to a reduction of 16.9% of the primary energy demand and 51.9% reduction of greenhouse gases of the DH systems at the eight demo sites. In absolute numbers, this is a reduction of more than 150,000 t of CO2 equivalent per year. Furthermore, the share of using waste heat increased by 3.3% and the share of renewable energies increased by 21.7%. Several of the upgrading measures are currently being implemented, some measures were even finalised.

Also, a Handbook was elaborated to inform any stakeholders, such as decision makers, politicians, utilities, operators, end consumers, or potential developers of DH systems, about upgrading opportunities.

In addition, an awareness raising campaign for modern DH networks – named #DHCitizen - was carried out as a part of Upgrade DH project. Screenshots from the campaign can be seen in Figure 2. 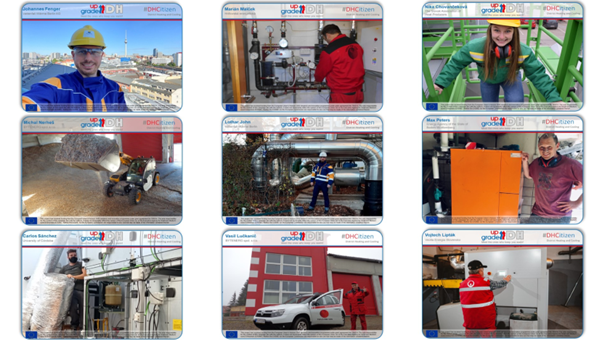 More information about the campaign can be also found on the website:

Document that constitutes a summary of the project results can be downloaded here.

The video from Final Upgrade DH project dissemination workshop - "Towards efficient DHC in Europe", can be viewed on YouTube:

The project was coordinated by WIP GmbH from Germany and encompassed another ten participants from 7 different European countries: