SUNSTORE4 demonstrated the integration of individually proven technologies to produce a 100% renewable and cost-effective heat system in Denmark. 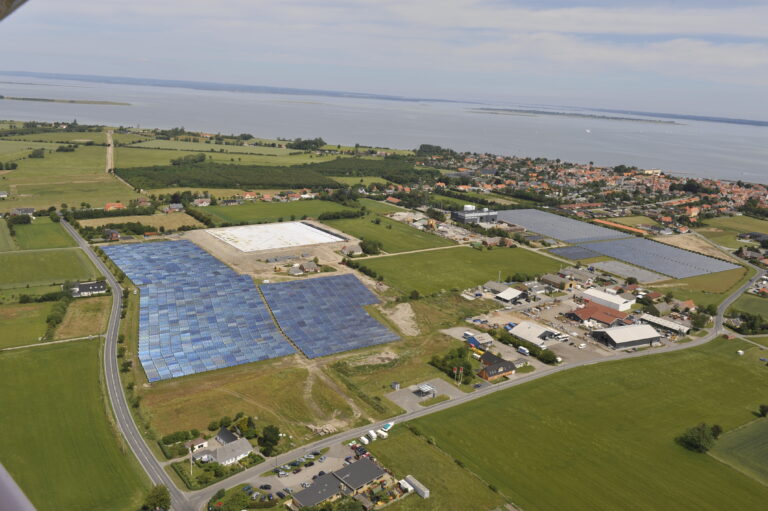 The SUNSTORE4 project, along with 10 other European projects, is a part of the so-called “EU Flag Projects”. The aim of the project was to demonstrate a large-scale innovative, cost-effective and technically 100% sustainable renewable energy system. The project aimed to demonstrate the integration of a 100% renewable energy plant, based on solar energy and biomass energy (willow wood chips from energy crops), including a compressor heat pump using CO2 as a refrigerant and electricity production from biomass through an Organic Ranking Cycle (ORC) unit.

The SUNSTORE4 project created an innovative integrated and 100% renewable energy system, with a high replication potential across Europe. Furthermore, it produced this system at an estimated heat cost price in Northern Europe of 50-55 EUR/MWh excluding the salaries for staff. The technical features of this system allowed it to act flexibly across seasons, dealing with the challenges of summer overheating, in addition to a long-term heat storage unit to reduce heat losses.

The project also included a heat pump, which transfers energy to the energy storage and a turbine, a ORC, which is an electricity-producing device that can use the energy from the flue gas produced in the biomass boiler. As a result of the SUNSTORE4 project, Marstal Fjernvarme’s nearly 1,500 consumers now receive 55% of their thermal energy from the solar production and 45% of their thermal energy from locally-produced biomass (energy willow). The SUNSTORE4 project produced a final report.