The Lusail City district cooling system, guided by Marafeq Qatar, is growing to become one of the largest in the world. The four plants and the 116 km district cooling network today supports over 1000 buildings with chilled water for its cooling needs. Since the completion of most of the network, Lusail has won numerous awards, including the “New Scheme” award at the 5th Global District Energy Climate Awards.

In line with building a modern and technologically advanced district cooling system, Lusail has carefully selected innovative, high-quality technologies from leading companies within relevant applications. To minimize the potential impact of major water leaks and faults as well as maintain a high level of control of the pipe network, Lusail selected Wideco Sweden to supply its state of the art leak detection system.

We are thrilled that Lusail, being on its way of having one of the largest district cooling systems in the world, has chosen to invest in our leak detection system. It’s a great achievement for us in our quest to grow our business internationally says Robert Andersson, Sales Director at Wideco Sweden.

Wideco Sweden has four decades of experience providing a leak detection system, WiDetect, and is today a leader in District Heating / Cooling leak detection in Europe and well-established in the Middle East, North America and Asia. The WiDetect system monitors close to 40 000 km of pipe networks and 6 000 chambers worldwide.

A proprietary hosting service sends alarms to customers via e-mail / text message using 3G/4G technology, informing the customer of the exact location of the leak as soon as it occurs. Further, the real-time web-based dashboard provides a great overview of the overall health of the pipe network. 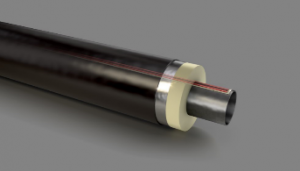 Mainly due to issues related to condensation, conventional uninsulated sensor wires are not a recommended solution for leak detection for district cooling systems. The data will simply not be accurate enough, which to a large extent defeats the purpose of a leak detection system.   Wideco has solved this problem by developing a patented sensor cable, WiDetect 3dc, which eliminates all problem related to condensed moisture. The cable is easily assembled and detects leaks with an accuracy of less than a meter. 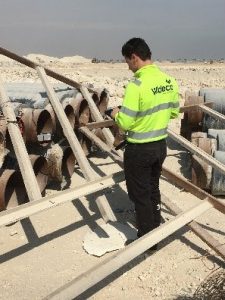 field support. Due to the overall success of the leak detection system installed in the city, Lusail is now continuously exploring further ways of utilizing leak detection to avoid costly problems related to leaks.

The city’s initiatives and interest in leak detection has gained a lot of market exposure and interest from other major projects in the area.   “The continued rapid growth of the District Cooling market in the Middle East is indeed exciting and our ambition is to continue to explore ways of strengthening our market position in the region and to be viewed as the leading leak detection solution. The success story in Lusail is a great leap in that direction and we are currently in discussions regarding providing our leak detection system to several large-scale projects in the region." Robert Andersson, Sales Director at Wideco Sweden

This report serves as a database for literature review and best practice examples for ultra-low and neutral temperature district heating and cooling networks.

A new status report from by JRC on technology development, trends, value chains and markets.

Using data from smart energy meters to gain knowledge about households connected to the district heating network: A Danish case