The city of Litoměřice developed an Energy Concept in 2009 and adopted a Municipal Energy Plan in 2014. The main goal of the municipality is to reduce energy consumption by 20 % by 2030 (baseline year 2012).

The city of Litoměřice developed an Energy Concept in 2009 and adopted a Municipal Energy Plan in 2014. The main goal of the municipality is to reduce energy consumption by 20 % by 2030 (baseline year 2012).

There are no specific targets regarding renewables (RES) in Litoměřice in the heating and cooling sector.

The city is developing a Sustainable Energy and Climate Action Plan as part of the Covenant of Mayors (www. eumayors.eu), which will define specific targets for RES.Based on an in-depth territorial analysis, the preparatory works for an ambitious geothermal heat plant - with an output up to 40 MWth - started in 2008. Results from scenarios and policy assessment

In 2050, the optimal mix scenario - characterized by the expansion of the district heating network and geothermal district heating plant (Exp Geo 2050) - could achieve the following results:

• The total cost of the heating system for the end consumers is between EUR 14.1 million to 19.3 million/ year for different policies

The results show that amongst all the scenarios, the district heating system based on a geothermal expansion (GeoExp) is feasible in 2030 and 2050, also when no other policy is implemented. The GeoExp scenario is the least expensive, shows the best results in terms of CO2 emissions and has the highest RES penetration rate. Proceeding with the geothermal energy scenario appears to be the most feasible both from an economic and an environmental point of view. Carrying on with the current DH system based on coal and natural gas or expanding it using fossil fuels is not beneficial and in some cases even more expensive than the individual gas boilers scenario.

In order to increase the penetration of RES, it is recommended that the city of Litomerice take the following actions:

• Based on a feasibility study and a roadmap, buy the CHP plant and network back to have it under municipal property Current policies and targets

• Prepare new - and finalise ongoing - offers for national and EU programs to cover the invest- ment costs for the drilling of the geothermal plant • Establish some innovative local financial instruments for RES and EE – a new financial scheme combining sources from the municipal budget, local banks and firms supporting deep renovation of buildings, accompanied by technical advice

• Integrate local RES into sustainable transport Information on this page is retrieved from progrRESsHEAT. 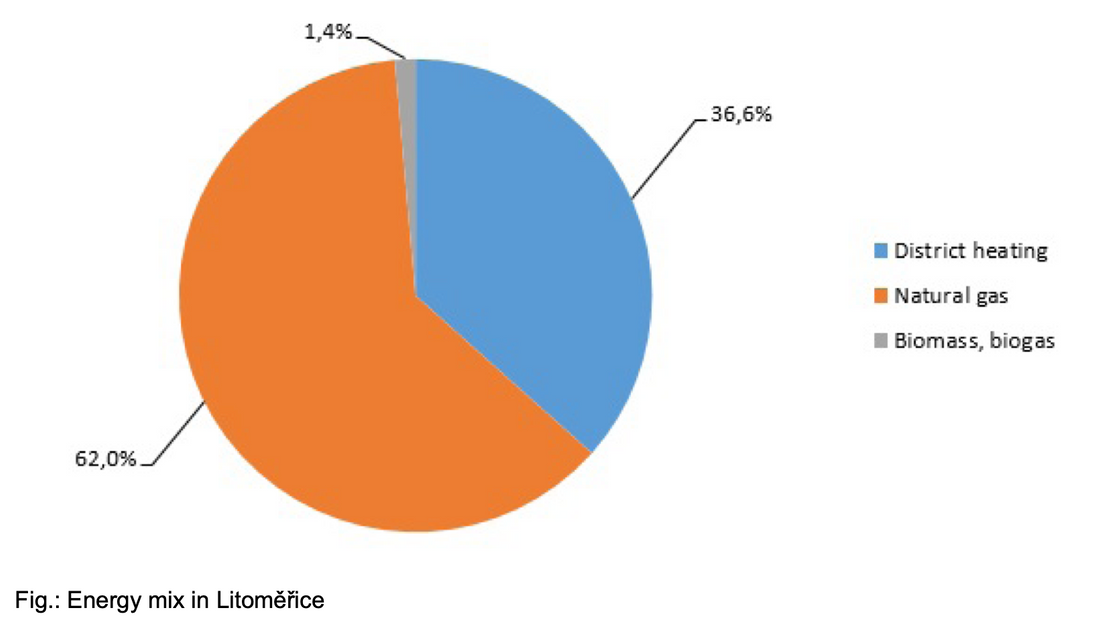 A new status report from by JRC on technology development, trends, value chains and markets.

A 10-Point Plan to accelerate the EU heat transition