District heating from crematory in Aalborg

In connection to installation of a new filtration system at the municipally owned crematory in Aalborg, it was agreed, that a system utilizing energy from combustion should be installed. Hereby, the local district heating company, Aalborg Fjernvarmeforsyning, can receive excess heat from the crematory.

The project has been enabled due to extra regulation on flue gas cleansing from crematory ovens. The regulation demands a filtration system to remove mercury. To do so, the flue gasses must be cooled. Instead of emitting heat to the surrounding ambient air, it is possible to use the excess heat in the district heating network. Hereby excess heat is extracted, benefiting the district heating consumers. The heat from the crematory can annually heat approximately 20 to 25 regular Danish households in the order of 120 and 140 m2 .

To enhance the lifetime of the filtration system, the flue gasses are cooled from approximately 800°C to approximately 120-140°C. This cooling process contain potential excess energy. In Aalborg, the crematory is expected to produce approximately 585,000 kWh per year based on 2340 cremations annually. The average amount of energy produced for each cremation is approximately 250 kWh. About 55,000 kWh of the energy produced from flue gas cooling is used internally, while the remaining is delivered to the district heating network. To reach high operation temperatures often above 800°C, additional energy is added to the crematory ovens.

Cremation is a well-established funeral excerpt in Denmark and it more frequent than casket funerals. The issue of using heat from cremation in district heating has created moral discussions in Denmark and other European countries. The Danish Council of Ethics have processed district heating from crematoriums and concluded, that there is no acts of indecency when utilizing crematory heat, if it is used for district heating. The members of the council have on the contrary found great environmental benefits from utilization of crematory heat opposed to disposing it to the surroundings. As the main purpose of crematoriums is not to produce heat, the excess heat can be seen as a by-product from the cremation. Most of the heat further comes from the energy used to reach operation temperatures in the crematory ovens. Using the excess heat with direct heat exchanger to the district heating network, expensive and energy demanding cooling towers are avoided. Potential gains from sales of heat to district heating companies must however, according to the Danish Council of Ethics, be used internally to lower process operation costs. Hereby exploitation of crematory excess heat is does not have a commercial purpose.

Facts about this case 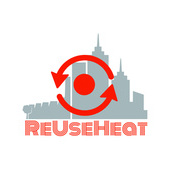 This paper compares the source to sink efficiencies of hydrogen-based heat supply system to a district heating system operating on the same primary energy source.

"We believe our revolutionary liquid cooling and waste heat recovery technology will reshape the computing infrastructure for the Bitcoin network while simultaneously promoting the electrification and decarbonization of the world’s traditional heating industry." - Arthur Lee, Founder and Chief Executive Officer of SAI.TECH

The ReUseHeat project used the levelized cost of heat estimations for calculating each heating solution across the different demo sites.

In order to enable excess heat producers to supply their heat to district heating, third-party access needs to be granted, which calls for a deregulated heat market.